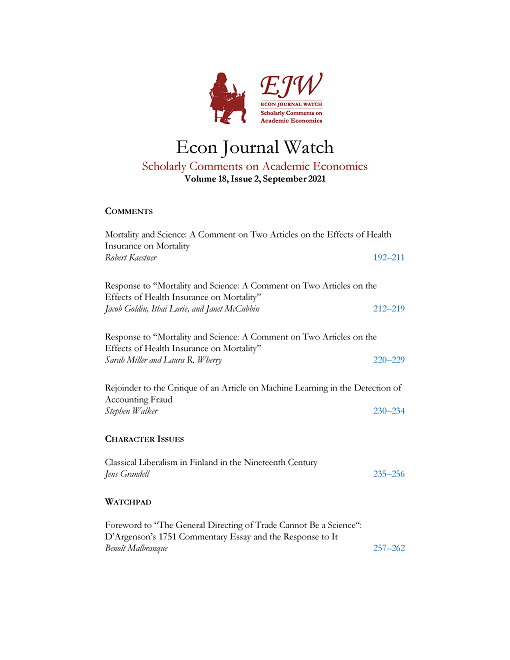 The most engaging, interesting, and path breaking journals have typically been driven by editors who understand that, as editor, they have property rights over the journal’s contents. Strong editors use their property rights to ensure that the journal’s contents adhere to the journal’s mission and vision. Like Tullock at Public Choice or Coase at the Journal of Law and Economics, Dan Klein and his co-editors are producing a journal that adheres to its stated mission (and is great to read to boot).